How to Create Wealth | JL Internet Marketing. YOUR Resource For Making Money Online Working From Home

How to Create Wealth 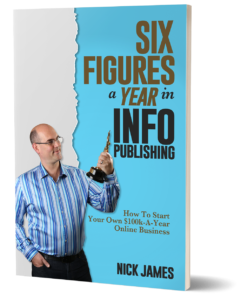 The esteemed marketing expert Dan Kennedy, tells the story of an entrepreneur who hired him to look over his entire business with new eyes and figure out why the business wasn’t working to its full potential.

Dan observed the entire operation and analyzed everything. He looked at the business from top to bottom and paid special attention to each of it’s five employees.

Then Dan sat down with the client and gave him his verdict:

Fire the office manager, the person who had been with the entrepreneur the longest.

But the entrepreneur insisted he needed the office manager and couldn’t possibly run the business without her.

It took Dan an entire year to convince his client to fire this person. But as soon as she was gone, sales began to increase.

There were NO other changes to explain these new sales. There was no increase in advertising, no new initiatives and no new publicity.

And yet within a year of this person being fired, the business was 30% more profitable.

The remaining employees were happier and more productive, the customers were happy and the owner’s net worth increased by half a million dollars.

Plus, the entrepreneur finally got a business idea he’d had for years up, running and in profit.

Well, in a small sense, he removed an employee who thought she knew better. She had been with him the longest, and so she ‘knew’ what worked and what didn’t.

She wasn’t open to new ideas and she ‘knew’ that things should always be done as they had always been done.

You can see how this would put a break on the ability to grow the business.

And in a large and perhaps metaphysical sense, she was acting as a block to wealth for the company and the owner.

I know we like to think that if we get the mechanics of building a business correct, then that’s all that we need to do.

But we’ve all witnessed what an attitude – good or bad – can do for results.

If you expect your business won’t grow, it likely won’t.

And if the people you surround yourself with don’t have a healthy wealth mindset, they will cause you stress and anxiety that leads to lost profits and even failure.

Have you ever wanted to invest money in your business but your spouse said no?

I’m lucky enough to have an extremely supportive spouse, and I credit much of our success in the business to her. But many online marketers aren’t as lucky.

I’ve met people who’ve been bullied, restricted and nagged by their spouses. They’ve also been told to quit, to ‘get a real job’ and to ‘stop dreaming and act sensible’.

If you find yourself in this sort of situation, then it’s not your fault if you’re struggling.

You could of course choose to get a divorce, but if this is the only problem in your marriage then it’s not something anyone would advise.

Instead, you might need to sit down with your spouse, explain that you’re doing this for both of you, with or without their support….

But it would be much easier if they would at least play the part of a loving, supportive spouse.

You could go there before you go to your job, after your job, or whenever you want to work uninterrupted in an atmosphere that isn’t stifling your success.

This might seem extreme, but you’re doing it not just for you but also for your family.

Guaranteed when you have your first $100,000 year, they’ll suddenly be supportive of you and your efforts. If they’re not, well, THEN you may want to rethink a few things.

The point is simple:

The attitudes of those around you can be every bit as important as your own mindset. And surrounding yourself with the wrong people can be enough to keep you from attaining your dreams.

Internet Millionaire Gives YOU (In This FREE Book) His EXACT Methods For Creating A HUGE Online Income!